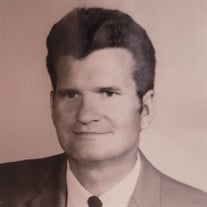 Roy Glenn Barrett was born on July 8, 1934, in Lufkin, TX to Robert Benton Barrett and Beulah Samantha Barrett. He passed away peacefully at home on December 6, 2021, in Channelview, TX after a two-year diagnosis with cancer. Glenn’s life will be cherished and remembered by the lives of his wife of 51 years, Linda Anice Barrett, and their children Janean Murphy and husband, Adam, and James Barrett and wife, Candus. Glenn was the father of Martha Anglin, Darrell Anglin and Tommy Anglin from his first marriage. Glenn, “Guinea”, Barrett served in the US Army before earning his teaching degree at Stephen F. Austin University and began his teaching career. He took a six-year break from education to clerk at the Port of Houston before returning to education at Channelview ISD in 1969. Glenn took time to complete his master’s degree in education at the University of Houston which allowed him to become an assistant principal at DeZavala Elementary in 1974 and Schochler Elementary in 1978. In 1979 Glenn was named principal of McMullan Primary until his retirement in 1993. On February 19, 2013, the CISD Board of Trustees named the Early Childhood Center after Mr. R. Glenn Barrett and Mrs. Judy Lee. Glenn enjoyed people and sharing God’s love through his singing, writing and “Glenn-isims”. His favorite activity included singing and yodeling at church and senior facilities with family and friends. He also enjoyed writing personalized poetry for individuals to commemorate their milestones. And anytime you visited with Glenn he always had pearls of wisdom to share. Above all, Glenn considered himself a teacher and loved being able to share his knowledge, experiences and God’s love with others. Glenn is survived by his wife, Linda A. Barrett, son - Darrell Ray Anglin & wife Tammy Anglin, son - Tommy Gene Anglin & wife, Yum Anglin, daughter - Glenda Janean Murphy & husband, Michael Adam Murphy and son - James Benton Barrett & wife Candus D. Barrett. His two grandchildren Aaron Anglin & Ozzy Anglin, His sister, Faye Russell and brother-in-law, Bill Russell. He was preceded in death by his parents Robert Benton Barrett and Beulah Samantha Barrett, his sister Tommie Blackstock, his twin brother, Robert Lynn Barrett and his daughter, Martha Lorenna Anglin. A Visitation Service will be held on Thursday, December 9th from 4:00-8:00pm at the San Jacinto Funeral and Cemetery at 14659 East Fwy. Houston, TX 77015. A Funeral Service will be held on Friday, December 10th at 10:00am followed by his interment at 11:30am at the San Jacinto Funeral and Cemetery at 14659 East Fwy. Houston, TX 77015. A donation in his name can be made to First Assembly of God (PO Box 68 Channelview, TX 77530) or any Cancer Foundation. Pall Bearers: Adam Murphy Virgil Blackstock Tim Scoby Dusty Burcham Brian Rhoads Tommy Smith Honorary Pall Bearer Lloyd Blackstock

Roy Glenn Barrett was born on July 8, 1934, in Lufkin, TX to Robert Benton Barrett and Beulah Samantha Barrett. He passed away peacefully at home on December 6, 2021, in Channelview, TX after a two-year diagnosis with cancer. Glenn&#8217;s... View Obituary & Service Information

The family of Roy Glenn Barrett created this Life Tributes page to make it easy to share your memories.

Send flowers to the Barrett family.