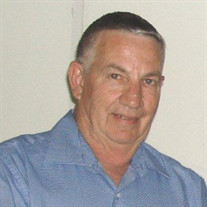 Richard Oliver Ladnier Jr. Richard (Buddy) Ladnier 79 departed this life on Monday, 10 August 2020 at his home in Alvin, Texas. Born on 01 December 1940, in Gulfport, MS. The second, of three children by Richard O. Ladnier Sr. and Theresa Normand Ladnier (Granny). Others knew him as Buddy, Budsy, or Pop. About age 11 the family moved to Bunkie, LA, where he grew up living the carefree life of a boy, having BB gun wars with friends, sleeping in a screened porch (even through the winter) because he wanted his own room. He enjoyed sports, played halfback on the varsity football team, and there’s the story of the log cabin in the woods… built with his friends on private property, without first getting permission from the owner. After high school he enlisted in the Navy as a Hospital Corpsman. Went to boot camp in San Diego, later stationed at Balboa Hospital & Camp Pendleton. During this time he married his high school sweetheart, Dorothy Boudreaux-Young, they had three sons Rick, John, & Russ (better known as Ricky, Randy, & Rusty). After his military service, they moved to Lafayette, where he attended University of Southwest Louisiana. Through the years, he worked in a variety of professions, living in New Orleans, Lafayette, Chalmette, and Houma. Their marriage turned out to be less permanent than either of them expected, they remained friendly and went on to raise their boys. He found his true calling in life and built a career in health & safety within the oil & gas industry. Which eventually brought him to Houston, there he met Maria Palacios. They married, raised their daughters Sally and Kimberly. From Houston they returned to Lafayette, and then to Mesquite, TX. The later is where Richard reached the pinnacle of his career, as the Director of Safety for a mid-size oil exploration company. With mergers, acquisitions, and a bit of an oil bust Richard was on the move again, working & living in Louisiana, Houston, & Pensacola, before settling in Alvin, TX where he and Maria would live out the rest of their lives together. Richard was a peaceful man, with passive optimism. No matter how bad things may seem, he never complained, and always looked on the bright side. Whatever the case, be patient and make the best with what you have. He enjoyed his hot coffee (with chicory), an occasional cold beer, and even a rare game of bouré, as long as it was just for fun. He took pleasure in traveling, photography, and always found comfort on Dauphin Island, especially when fried mullet and boiled shrimp were being served. Richard is preceded in death by his parents and wife, Maria. He is survived by his sisters (Alice Aymond & Doris Bourque), sons, daughters, and grandchildren (Luisa, Ollie, Donnie, Derick, Jaden, Baylor, Delaney, Jessica, & Joshua). In lieu of flowers, please make a contribution in his name to your favorite charity.

In lieu of flowers, please make a contribution in his name to your favorite charity.

Send flowers to the Ladnier family.