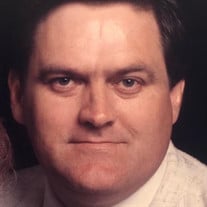 Robert Wayne Rone, lovingly known as Bobby; left this world after a brief illness to enter into the presence of the Lord on Wednesday morning, June 23, 2021 in Cleveland, Texas. Precious in the sight of the LORD is the death of his saints. Psalm 116:15 Bobby was born on September 18, 1955 in Galena Park, Texas. He was the fourth of nine children born to Jessie Thomas Rone and Janette Lorene McCool Rone. Bobby was raised in Galena Park, Texas where he found the love of his life, Christina Kirby. Bobby and Chris were married in 1973 when they were both still teenagers. Their love grew throughout the years and has endured through forty-seven years of marriage, four children, 13 grandchildren and 2 great grandchildren. Bobby has always had a special love for Reverend Clark E Lott, Sr. PhD., former pastor and founder of Grace Tabernacle Church where he was raised. In 1988 both Chris and Bobby were filled with the Holy Ghost and became members of Life Tabernacle Church under Pastor James L. Kilgore, Sr. for many years. At this time Bobby began his early morning prayer ministry that continued until his illness. Bobby and Chris became members of The Church that Cares in Tarkington, Texas under the ministry of Bishop Kenneth Smith and his wife Tammy. Bishop Smith with his wife, and the church members have been faithful to offer spiritual support to Bobby, Chris and family during his illness. They are deeply loved and appreciated. Bobby was actively involved in prison ministry with Rev. George Smith; as well as many revival crusades in Mexico and other areas. He had a special place in his heart for missions and witnessing to the lost. Another area close to Bobby’s heart was sports. He loved coaching basketball and worked with the students at Life Christian Academy for several years. He also coached little league baseball throughout the years. J.J., Johnny and his nephews have fond memories of his coaching. Bobby was preceded in death by his father, Jessie Thomas Rone, Jr., his mother Janette Lorene McCool Rone; his older brother James Thomas Rone, younger brother David Kayne Rone, his brother-in-law, Sam Mireles; his mother-in-law Geraldine Virginia Farris Foley, his father-in-law Robert Edgar Kirby II, Angel Joseph Reeves. Bobby is survived by his wife, Christina Lynn Kirby Rone and their four children James Thomas and Jennifer Leone, John Wayne and Kelly Marie, Shyanne Nicole, Jessica Anne. Grandchildren Jaren Thomas and Kara Anne, Chelsea Lorraine and Christopher Bailey, Jacob Taylor and Carly Danielle, Joseph Timothy, Colin Montgomery, Joshua James, Aubrey Lynn, Robert William, Daniella Nicole, Alexa Marie, Alexus Rose, Gabriel Judah, Great grandchildren Troy Knight, Rosemary Joyce. Sisters, Sandra Rone Mireles of Humble, Texas, Sissy Mary Rone Kincade and husband Wayne of Bragg City, Missouri, Glenda Rone Marshall and husband Mike of Humble, Texas, Cynthia(Cindy) Rone Mitchell and husband James of Rosharon, Texas, brothers Clark Rone and wife Laura of Porter, Texas, Dennis Rone of Porter, Texas, 1 Timothy 4: 7-8 7 I have fought a good fight, I have finished my course, I have kept the faith: 8 Henceforth there is laid up for me a crown of righteousness, which the Lord, the righteous judge, shall give me at that day: and not to me only, but unto all them also that love his appearing.

Robert Wayne Rone, lovingly known as Bobby; left this world after a brief illness to enter into the presence of the Lord on Wednesday morning, June 23, 2021 in Cleveland, Texas. Precious in the sight of the LORD is the death of his saints.... View Obituary & Service Information

The family of Robert Wayne Rone created this Life Tributes page to make it easy to share your memories.

Send flowers to the Rone family.