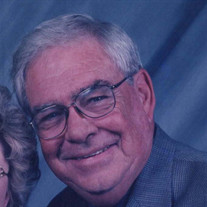 Larry Thomas Pinkerton was born on September 20, 1942, in Houston, Texas to John Thomas Pinkerton and Virginia Sue Murphy. When Larry was young, Leo B. Stone became his stepfather and from that day, Larry always considered Leo his dad. Larry passed away on September 6, 2021, in Sugarland, Texas. He was preceded in death by his wife of 50 years, Donna Patricia Combs Pinkerton, known to everyone as “Pat”; son Jeffrey Thomas Pinkerton; infant daughter, Julie Ann Pinkerton; mother, Sue Stone; father, John Pinkerton; and stepfather, Leo Stone. He is survived by his daughter, Laura Burke; grandson Ryan Burke; granddaughter Sydney Burke. Larry lived most of his life in Channelview, Texas. He owned Channelview Auto Supply for 43 years and loved supporting and being a part of the community. His son Jeff began working for his dad after High School and continued until his untimely death in 2018. Larry was an avid golfer in his younger years and has always been a Houston sports fan, he especially loved the Houston Astros. Later Larry and his wife, Pat, enjoyed traveling to Louisiana and spending time at the casinos and spending the weekends at their lake house in Ivanhoe, Texas. After losing his son Jeff, Larry sold Channelview Auto Supply to Norman Rager, known to all as “Bubba”. Larry thought of Bubba as a brother, and he worked alongside Larry in the store for 41 years. When Larry sold the store, he continued to go back and help part-time and deliver parts. Ultimately, Larry suffered a stroke and lost some of his independence. He then moved into Landon Ridge Assisted Living in Sugar Land to be near his daughter and grandchildren. Larry was known by all as a good friend, a good husband and father – always living for his family – and he especially loved being a grandfather to Ryan and Sydney. Larry continued to be the guy with a great sense of humor and contagious laugh. His daughter and grandchildren visited regularly and that kept Larry happy and grateful. A celebration of Larry’s life will be held Tuesday October 19, 2021 at 10:00am at the San Jacinto Memorial Park, 14659 East Freeway, Houston, Texas 77015, with Rev. Rick Eudy officiating. Lunch to follow at Armenta’s Mexican Restaurant, 823 Sheldon Road, Channelview, Texas 77530.

Larry Thomas Pinkerton was born on September 20, 1942, in Houston, Texas to John Thomas Pinkerton and Virginia Sue Murphy. When Larry was young, Leo B. Stone became his stepfather and from that day, Larry always considered Leo his dad. Larry... View Obituary & Service Information

The family of Larry Thomas Pinkerton created this Life Tributes page to make it easy to share your memories.

Send flowers to the Pinkerton family.