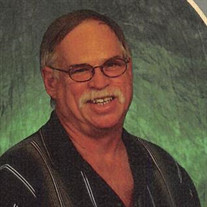 After a courageous 20-year battle with Lymphoma and MDS Leukemia, David Lee Fraser, Jr., went home to the welcoming arms of his savior Jesus Christ in the early morning of April 22, 2022, at M D Anderson Hospital with his devoted wife and son by his side. David was born November 4, 1951, in Houston, Texas. David was preceded in death by his parents, Evelyn (Frier) and David Lee Fraser, Sr. He is survived by his wife of 34 years, Linda, son, David Brandon Fraser, son Christopher Berry and wife Kim, Granddaughter Emmalee Berry, and Grandson Thomas Paprocki. Sisters: Lynn (John) Black, Penny Dillard, and Elizabeth (Richard) Grimes along with numerous nieces and nephews. David is also survived by his special family Beth and Jerry Wenner and Grandsons Justin and Casey. His favorite pastime was watching them play ball. He also loved spending time at the North Shore Little League where he was affectionately known as “Grandpa” to everyone and spent many hours volunteering there. Other pastimes he enjoyed were deer hunting, fishing, and bowling. And, of course, he enjoyed watching and discussing politics and old movies. David was a great cook and anyone who has been privileged to have eaten a meal at his home will testify to this. After graduation from M B Smiley High School in 1970, David joined the Army and spent time in Fort Hood (where he managed to come home frequently) along with several other bases. He later went to work for Armco Steel where he worked until they closed, and then spent the next 31 years at Goodyear Chemical Plant in Pasadena until 2014. David had a great sense of humor and was friendly and outgoing person who enjoyed meeting new people. Even while sick and undergoing chemo treatments he liked teasing the nurses. He was on of the “good guys” and would give you the shirt off his back. David will be missed by many. In lieu of flowers, donations would be appreciated to the North Shore Little League, P O Box 96095, Houston, Texas 77213.

After a courageous 20-year battle with Lymphoma and MDS Leukemia, David Lee Fraser, Jr., went home to the welcoming arms of his savior Jesus Christ in the early morning of April 22, 2022, at M D Anderson Hospital with his devoted wife and son... View Obituary & Service Information

The family of David Lee Fraser created this Life Tributes page to make it easy to share your memories.

After a courageous 20-year battle with Lymphoma and MDS Leukemia,...

Send flowers to the Fraser family.