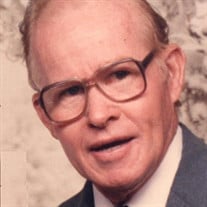 A Life Well Lived... Boyd P. (or “Red” as he was known) went home to the Lord on February 27th, 2021 after a valiant battle with several health conditions. He was called home to heaven peacefully with his devoted and loving wife by his side. Red was born on August 28th, 1937 in Corpus Christi, Texas to Boyd G. Hawkins and Lorraine (Angle) Hawkins. He was the second of 2 children. He is preceded in death by his parents, and his older sister, Barbara Jean Hawkins (Visser). Red is survived by his wife of 53 years, Mary Rachel Hawkins (Peters), and his beloved children and in-laws, James V. and Davy Hawkins (Ang) and David W. and Paige Hawkins (Touchet). He is a proud grandfather to Ashton Touchet and Drake Hawkins, children of David and Paige Hawkins, and to Adam Hawkins, Thomas Hawkins, and Linley Hawkins, children of James and Davy Hawkins. From an early age, Red was an avid fan of all things aviation. He carried that love of anything that flies through his entire life, evidenced by the literally hundreds of airplane models that he put together and attending any air shows as often as possible. He served his country in the Army, in the artillery and transportation specialties. After leaving the Army, he continued as a truck driver for the remainder of his working career, eventually working as a truck driver for Nabisco for 35 years. He retired from Nabisco after a long career which was never short on stories of interesting people he met in his travels! Red married his best friend and love, Mary Peters, on December 23rd, 1967, and thus began a lifelong partnership that is rarely seen in life. Their life was filled with countless miles traveled, children and grandchildren, love and happiness. Red left this world with Mary right at his bedside, comforting him until his passing. Red's true calling in life was one of service to God. He was a devoted Christian and never missed any opportunity to spread the Word of God! He surrendered his life to Christian ministry in April of 1969, and preached his first sermon on May 31st of that same year. His pastoral journey would last for many decades, preaching church services, teaching Sunday School or Children's Churches, performing Weddings (including one notable wedding in 1983 involving a tow truck and convertibles that made the local news!) and Funerals, or singing in the Church Choir. In later years, Red and Mary were ministering in nursing homes until Red's health began to wane. Red was a loving and caring man, deeply passionate (and vocal!) about topics related to his family and regarding his Christian service. He will be sorely missed by his family and those that knew him, but we can take comfort in knowing that he is in Heaven now. He has fought the good fight, finished his course, and has kept the faith!

A Life Well Lived... Boyd P. (or &#8220;Red&#8221; as he was known) went home to the Lord on February 27th, 2021 after a valiant battle with several health conditions. He was called home to heaven peacefully with his devoted and loving wife... View Obituary & Service Information

The family of Boyd P. "Red" Hawkins created this Life Tributes page to make it easy to share your memories.

Send flowers to the Hawkins family.